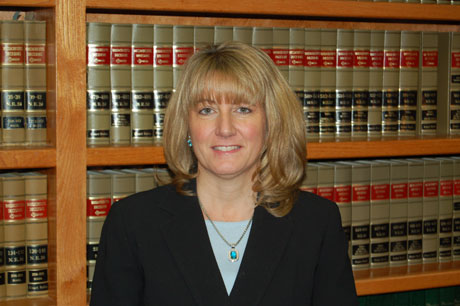 Attorney Gina Leahy, through her diversified roles as Of Counsel to Law Offices of Susannah L. Brown and Nagle & Joyce, is dedicated to assisting individuals and families across Massachusetts in a wide range of legal matters. She understands that when you are facing a divorce, or other emotional family law issues, such as custody or visitation disputes, alimony, or child support; have suffered a personal injury; or are involved in another type of lawsuit, you need an attorney who will aggressively fight to protect your interests while still remaining sensitive to the emotions involved.

Attorney Gina Leahy recognizes the difficulty that comes with disputing issues related to your children and your family.

With her experience as Of Counsel, combined with the other attorneys at Law Offices of Susannah L. Brown and Nagle & Joyce, she has the expertise and skills to handle even the most complex cases and claims:


Attorney Leahy, as Of Counsel to Susannah Brown and Nagle & Joyce, is devoted to providing authoritative, strong representation and dedicated personalized client service where client relationships are built on trust, respect and absolute confidentiality; and counseling clients on the best ways to approach their unique and difficult situations.

After graduating from Suffolk, and before entering private practice, she served as a Law Clerk to the Honorable Marianne B. Bowler in the United States District Court for the District of Massachusetts.

A native of Westwood, Norfolk County, Massachusetts, Attorney Leahy currently resides in Cohasset with her family.